The Graça Miradouro is Lisbon's most popular view point.

Annette enjoys the sunset and a glass of Port Wine

But the best sunset viewpoint is without doubt Miradouro da Senhora do Monte just outside our door.

We used to live in a small flat on Graça Miradoure and we go there several times every week. Its only a few minutes down the hill from us so we go there for a cup of coffee, to read a book, to meet people, to enjoy some of the many concerts and performances that happens here and to have a sun downer.

And sometimes we go here for dinner – not so much because of the food but because of the cozy square just behind the Miradouro you find some of the most authentic local restaurants in town and the legendary Botequim where the old poets used to sip wine and work – the reason why the young creatives & intellectuals go there today.

Only a few people know that Graça Miradouro is much more than a viewpoint (a meeting point, a venue for performances, the main gate to some of the most bizarre tiles in Lisbon etc). And almost nobody knows its real name and the story behind.

For connoisseurs Graça is the gateway to the old bohemian parts of Lisbon.

Literature had an often unacknowledged link to this part of town, but posterity has changed its view on this, and started giving credit to Portuguese literary legends like Natalia Correia, Angelina Vidal and poet Sophia de Mello Breyner Andresen.

The latter is one of Portugal’s most important and influential poets who used to get inspired and write her poems on the Miradouro – the reason why it was renamed in 2009 to Miradouro Sophia de Mello Breyner Andresen.

We have always had strong relations and connections to this oasis, but didn’t know anything about neither Sophia, nor her works.

So it was a big surprise to us not only to know that the view-point was named after her – but also the story behind. 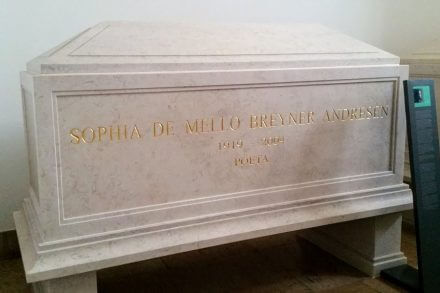 In 1840 the only 14-year-old Jan Heinrich Andresen left Denmark for America.

When the ship stopped over for a few days in Oporto he decided to stay. True to his American Dream – Jan Heinrich Andresen ended up becoming a successful Port Producer and the President of the Commercial Association of Oporto Business.

In 1946 Sophia married renowned journalist, lawyer and politician Francisco Sousa Tavares and moved from Oporto to Lisbon, where the couple became part of the opposition to Salazar’s dictatorship.

After the military revolution in 1974 Sophia became a deputy for the Socialist Party for a short period of time. Her last years were mostly dedicated to writing. Sophia published her first book in 1944 at the age of 25 – Poesia  – a selection of poems she had been writing since she was 12. 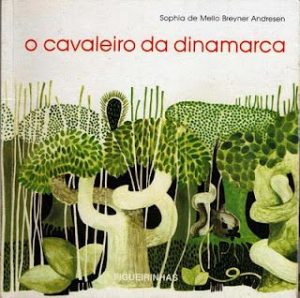 Written by Sophia de Mello Breyner and published in 1964, this is the tale of a knight who lives with his family in a Danish forest.

In  1999 she was the first woman to achieve the prestigious and most important Portuguese literary award Camões Award.

Sophia de Mello Breyner Andresen is buried at National Pantheon (10 minutes walk from Tings Lisbon) next to important Portuguese personalities like Eusébio and Vasco da Gama amongst others.

When Sophia died in 2004 she left behind a production of tales, poetry and a number of Children’s books where one of most famous stories is O Cavaleiro da Dinamarca or The Knight from Denmark.

Sofia Lange (Portuguese tourist): I'm very happy being here, a lot of sun, its warm and people are really friendly. We have a very famous Portuguese writer - Sophia de Mello Breyner Andresen - who wrote the children's book The Knight of Denmark. It begins Christmas Eve in Copenhagen and is about a travel to through Europe's Cities to Jerusalem. So for me it's fantastic to visit Copenhagen. 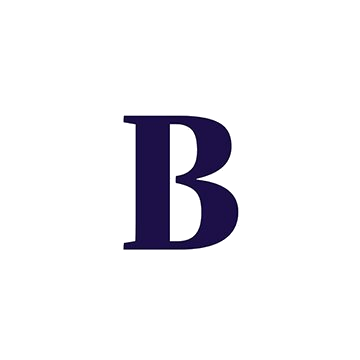 Why do I find this so interesting?

I neither knew Sophia nor have read the Knight of Denmark.  Or any other of her works for that matter.

It’s interesting for other reasons.

Sophia de Mello Breyner on the Miradouro named after her!

First: I was born and raised in Copenhagen and lived here for 47 years. And even though I left the city in 2009 and hardly hasn’t been there since, I consider myself as a Copenhagener.

So when I by coincidence fell upon the interview in Danish Newspaper, Berlingske/AOK and read the comments from Portuguese tourists about Copenhagen and Sophia I took it as a sign to gather all my notes and photos about her and the miradouro and share them.

Second: For the first time in many, many years we have found a city where we feel so much at home, that we have brought our few belongings from Copenhagen. This City is Lisbon – and our ‘hood’ is Graça!

Third:  I am surrounded by Sophia de Mello Breyner Andresen whom has not only given name to the Miradouro – she is everywhere in this neighborhood.

Fourth: I really enjoyed Graça before I knew anything about Sophia. But after I got to know about her – and the stories about her fellow Graça writers – things have changed. You can feel their presence. It feels as if the whole neighborhood ‘lives’.

If you still don’t understand – go to Botequim and have a drink or sit and have a glass of Port Wine and watch the sunset from The Miradouro next to Sophia.

Or why not both 🙂

A few years ago I stumbled on the name Anatoly  Brooks on several occasions. All of them while browsing through my favorite source of entertainment – Internet Archive searching for interesting music.

The track that got me curious was a mash-up of Sophia de Mello Breyner Andresen’s poems Meditação do Duque de Gandia with Scott Walker’s almost Eno’sk composition And who shall go to the ball? (Pt3).

Maybe its because I am a big fan of Scott Walker. Or maybe its because Sophia de Mello Breyner Andresen’s had somehow had entered my life – probably both. I always hear this amazing piece of music for my ‘inner ear’ when I visit the Miradouro.

Never again
will your face be pure clean and alive,
nor will your walk as a fugitive wave
be able in the steps of time to weave.
And I will never give up my life again.

I will never again serve a lord who may die.
The afternoon light shows me the wreckage
of your being. Rot
will soon drink your eyes and bones by
taking your hand in your hand.

I will never love anyone who cannot live
forever,
because I loved
the glory, the light and the brilliance of your being as if they were eternal,
I loved you in truth and transparency
and I don’t even have your absence left,
you are a face of disgust and denial
and I close my eyes to not see you.

I will never again serve a lord who may die.

I will never again give you the pure time
That in long days I wove
Because time no longer returns to you
And so I do not return and I do not look for
The god I hopelessly asked of you. 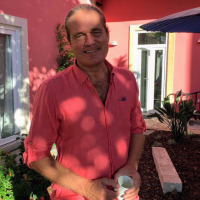 Why is Graça so special #II – Tiles, Mercado do Forno do Tijolo 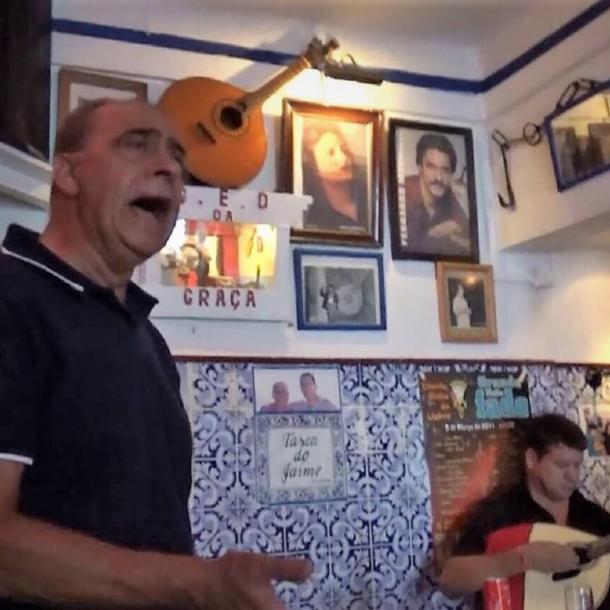 Lisbon from Home #5: You have no excuses to miss Fado
Previous Article 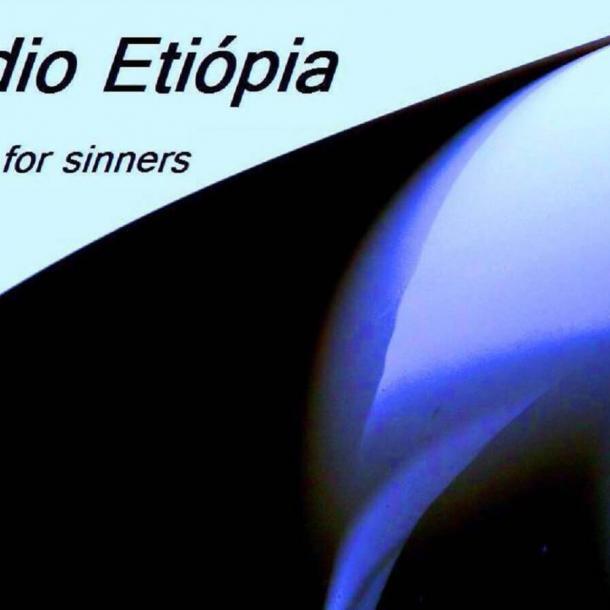 Lisbon from Home #6: Rádio Etiópia. Music for sinners
Next Article